Is mental health deteriorating
in your workplace?

A survey by The Mental Health Foundation has revealed some unpalatable truths about the state of our collective mental health in relation to the workplace.

Too numerous to list in their entirety, highlights, or rather lowlights, include that one in three respondents feels unhappy about the amount of time they devote to work. About two thirds of employees’ personal lives are adversely affected by work. And that as someone’s weekly hours increase, so do their feelings of unhappiness.

Ireland is nearing full-employment. Great for the economy, but against the backdrop of these findings, that is a lot of pressure being put on the population’s mental health. It certainly suggests that the ability to manage mental health in the workplace is both an opportunity and a threat.

There are actions that individuals can take to aid their own good mental health, but it’s recognised that organisations have an important role to play as well. And, as an employer, it is in your interests to do so too. Long before a crisis point is reached in someone’s mental health, productivity is likely to have taken a hit.

How can you begin to address mental ill health in the workplace? There is not necessarily an easy answer to this, and you’ll need to have some cultural buy-in. Few people in managerial or leadership positions have had significant training in mental health and so find dealing with the subject uncomfortable. If this is the case in your organisation, then some training among management could be a good first step.

It may seem a side-issue when you are trying to deal with “business as usual”. But if, equipped with new skills, you or your managers start responding to employees in more flexible and compassionate ways, tangible benefits will likely follow. Things like staff turnover, burnout and absenteeism decreasing while productivity, physical and mental well-being and job satisfaction rise.

Managerial training is just one place to start, and in practice you’ll find there are many different approaches you can take. Talk to your local HR Dept to get started.

The Employment Bill comes into effect at the start of March, designed to shore up employment rights. It’s essential to get up to speed with it, as the new rules are enforced with stiff penalties.

Key measures include mandatory provision of employment terms within five days of starting work; minimum payments for employees called in to work but sent home without work; the near outlawing of zero-hours contracts; provisions which grant employees the right to be placed in a “band of hours” which reflect actual hours worked not contracted hours. And anti-penalisation measures to help employees claim all these rights.

The spy who hired me? 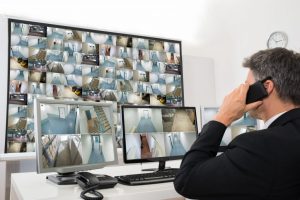 From time-cards to internet monitoring, the idea of companies keeping some sort of tabs on employee activity is nothing new.

But with technology affording ever more opportunity to collect, store and analyse data, how much monitoring is too much?

Sky News staff were reportedly shocked to hear that cameras and microphones were being installed in their newsroom to livestream and broadcast activity for a day. Separately, it was reported that Amazon has patented goggles with direction and movement sensors which raised concerns about surveillance.

The key principles underpinning employee monitoring are that it must be justifiable and that you have a written policy. You should inform employees beforehand of what you record and why, and how long it will be kept. It is not acceptable to collect information for one reason and then use it for another. As with all data it must be stored securely.

We don’t have a single retirement age in Ireland. It’s normally something detailed in employment contracts.

But beware! Equality legislation protects people from age discrimination. You can set a mandatory retirement age, as long as it’s objectively justified.

A law firm has just discovered the consequences of committing age discrimination. They were taken to a workplace relations commission after dismissing a legal secretary with 40 years’ service after she turned 67.

The law firm argued that recently she’d under-performed, but that out of respect they’d not raised this. And no mention of poor performance was made in the dismissal letter.

On the evidence presented, the adjudication officer ruled age was the main reason for dismissal. The woman was awarded nearly €26,000.

Of course, people cannot go on for ever, so the key words here are “objectively justifiable” when dismissing older workers. If performance has dropped, you’ll need to have those difficult conversations and document them before initiating a dismissal. If in any doubt, call us, as getting it wrong is expensive.

Who owns your culture?

We think that nurturing a positive company culture is a great approach to building a successful organisation. A way in which HR can be used to drive your business forward.

But wait a minute, who owns the culture? And who is responsible for it? In most cases, it will be led from the top. But thriving company cultures are embraced by everyone in an organisation. Cultures become self-sustaining when people feel they own it. Employees who cherish your culture will want to stand up for it and share it with others. From there your culture grows and often your business with it.

When a positive culture is clearly defined, it can power your business in so many ways. From improved recruitment and retention to reduced absenteeism and ultimately better productivity. If you’d like a review of your culture, get in touch with your local HR Dept.

One in five women
sexually harassed at work

It’s a problem that’s impossible to ignore. All employers have a duty of care to stamp it out or ensure it does not occur within their organisations. Failure to do so not only lets down the victims, but it can also damage your business – through contributing to a toxic culture and possibly landing you in the dock at a workplace relations commission tribunal. From there you could be liable for heavy financial penalties and reputational damage.

Sexual harassment can describe a wide range of unwanted conduct, be that physical, verbal or non-verbal. It is designed to, or has the effect of, violating someone’s dignity or creating a hostile, degrading or offensive environment for them. Even a one-off occurrence should be taken seriously.

A robust response to any complaint is important, following your disciplinary and grievance procedures. But as with so many things, prevention is better than cure. So consider your company culture. Make it crystal clear that sexual harassment is unacceptable in your organisation, and that any instances of it will be subject to your disciplinary policy. Where appropriate, you could draft a specific anti-harassment policy or implement some staff training.

For support in dealing with a case of sexual harassment or help with your culture, get in touch.